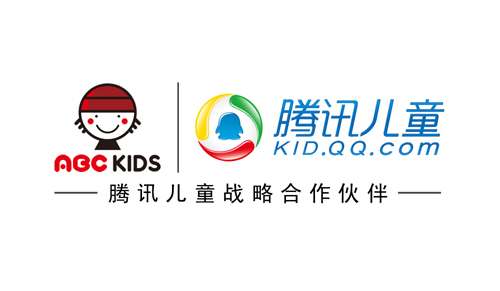 It is reported that Tencent Childrenâ€™s Channel aims to focus on the development of children and provides children with 5-13 years of age with the safest, healthiest, and best educational content. It builds a communication platform with children of the same age and parents and teachers. Since its launch in 2007, Tencent has become the largest and purest children's channel in China. If Tencent's children are the "dominant" of the children's channel in the online world, ABC is also in the children's shoes and clothing industry, "status prominent", according to the China Business Federation, the China National Business Information Center statistics show that: ABC brand in 2009--2012 For the fourth consecutive year, it has consistently ranked first in China's children's footwear market and first in China's children's wear market. This time, the ABC brand and Tencent children reached a strategic cooperation and was widely described by the media as â€œstrong and strongâ€.

It is understood that this cooperation Tencent Children's Channel to create ABC children's clothing "Chao Tong" column, this column aims to teach children to learn the correct clothing mix, talk etiquette; know how to appreciate the "beauty and fashion" and guide children in life Experience and participate in "beauty and fashion". Let the children set up the concept of modern â€œbeautyâ€: First of all, peopleâ€™s beauty lies in having a good heart and a tireless spirit of advancement, but generous decent dress and personality temperament are both the most complete â€œbeauty and fashionâ€. ". I believe that on June 1st, the â€œTide Boyâ€ column will let Aimei love children have a good place to study and communicate!

It is worth mentioning that, while â€œChao Tongâ€ is on-line, Tencent Children will join hands with ABC Childrenâ€™s Wear to carry out various promotional activities to allow children to approach fashion, participate in fashion, understand fashion, and cultivate childrenâ€™s ability to initiate and encourage children to participate in the initiative. Let the children have a more fashionable childhood.